Why is Wyoming seminary not going to the Beast of the East this season? Last year there was a dust up between the Sem coaches and the tournament directors over scoring. The controversy was over the team scoring of the heavyweight match causing Sem to finish 3rd instead of 2nd. I’m sure that there have been previous beefs, seeding, communication, etc. It hasn’t sat well with Scott Green and last year was the final straw. Over the summer Green set some wheels in motion.

Apparently Flo wasn’t happy with the tournament directors either. They were hard to work with and arrogant. That’s saying something; Flo has been around the world with good coverage from some very 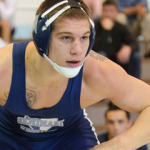 Wyoming Seminary is going head to head with the Beast and Flo is likely going to cover their event. The Seminary Tournament is 12/19 & 20 at Wilkes University.

I’m going out on a limb to say if Green builds a good tournament the Beast is going to diminish in importance and influence. Green understands that coverage is very important in this day and age and Flo is the leader in this department. Flo nationals have become a significant event all based on their coverage of their own event. Talent at High School nationals has dropped due to the competition and time intensive schedule. Green wants to be the best high school team in the country and this is a step to grow the program’s visibility. Changes in the wrestling landscape can be subtle. A generation ago MAWA’s were the tournament to win. Then the Beast came along. Then Super 32 became the best early season credential. What will the Beast look like in 5 years? Will Sem be the #1 team in the country? In case you missed it, they knocked off Blair last season at Prep nationals. It’s the first time Blair hasn’t won in 33 years. I’m betting on Scott Green and Wyoming Seminary. He’s got school support, a great coaching staff and the drive to make it happen.