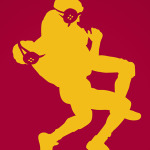 Live on Pay-Per-View from Madison Square Garden on Sunday, December 21

Grapple at The Garden, presented by MusclePharm is being distributed in North America by Integrated Sports Media for live viewing at 12:00 p.m. ET / 9:00 a.m. PT on both cable and satellite pay-per-view in the USA via iN Demand, DISH, and Vubiquity and Bell TV, Shaw PPV, Rogers, SaskTel, TELUS and MTS in Canada for a suggested retail price of only $14.95. Viewer’s world-wide can order on-line at www.GFL.TV.

Dake will collide with Julfalakyan in the Greco-Roman rules main event of the third annual “Grapple at The Garden” event presented by MusclePharm, while Gatsalov will face off with world bronze medalist Tervel Dlagnev. Team Joe Warren, assembled by the reigning Bellator MMA champion and consisting of half of the event’s MMA stars, will take on Team Renzo Gracie, a squad formed by the Brazilian Jiu-Jitsu legend and former MMA champion.

The exciting feature and co-feature matchups will be championship matches with the new Global Wrestling Championships promotion, with prize money awarded to the participants. The Dake vs. Julfalakyan match will be for the Greco-Roman Welterweight Belt, while the Dlagnev vs. Gatsalov will be for the Freestyle International Heavyweight Belt.

Dlagnev won World bronze medals in 2009 and 2014, and was fifth in the 2012 Olympic Games. He also placed fifth at the 2011 and 2013 World Championships. A two-time NCAA Div. II national champion for Nebraska-Kearney, Dlagnev won a University World gold medal before moving to the Senior level and becoming one of the best heavyweights in the world.

The Team Joe Warren vs. Team Renzo Gracie matchups include Warren, an All-American at Michigan and World Greco-Roman champion, competing at 150 pounds against Scott Jorgenson, a former collegiate star at Boise State and current UFC fighter.

A 140-pound contest will pit Olympic silver medalist and three-time NCAA champion Stephen Abas on the Renzo Gracie team against Rollie Peterkin, the former Univ. of Penn star and talented freestyler, who left Wall Street to become an MMA fighter.

Shawn Bunch, an All-American at Edinboro who competed on the 2009 U.S. World Team in freestyle, will take on Damacio Page at 150 pounds. Bunch competes for Bellator MMA, while Page wrestled at Cerritos College, and has competed in the UFC and other mixed martial arts promotions..

Maynard, a three-time All-American at Michigan State and a current UFC star, will battle World Series of Fighting standout Ozzy Dugulubgov at 170 pounds.

Three members of the world-famous Gracie family will also take the mat. At 185 pounds, Gregor Gracie will square off with Darryl Christian, a former Greco-Roman Team USA member, University of Oregon star and MMA coach. At 190 pounds, Igor Gracie will battle Brennan Ward, a current Bellator MMA star who wrestled for Johnson and Wales. At heavyweight, Lawal, the 2005 Freestyle World Team member, Oklahoma State All-American and current Bellator star, will go up against Rolles Gracie.

All three of the Gracies competing have extensive professional MMA backgrounds coupled with tremendous success in Brazilian Jiu-Jitsu.
http://www.teamusa.org/USA-Wrestling/Features/2014/December/11/Gatsalov-v-Dlagnev-and-Warren-v-Gracie-dual-added-to-Grapple-in-Garden