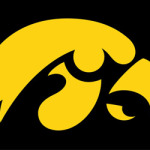 This match hinges on the health of OSU, if H Stieber and B Jordan are close to 100% Coach Ryan might think that he can win the dual and be all in. I don’t think that either of those wrestlers is close to 100%. I believe that a random start weight will be selected because of the unknown injury factors for OSU.

125lbs #4 Thomas Gilman vs. Nathan #9 Tomasello. This should be a good match. As far as I can find they only competed against each other in freestyle, with Gilman winning both matches. While Gilman is the favorite I think that folkstyle rules help Tomasello’s top game a bit.
133lbs #4 Cory Clark or Phil Laux vs #8 Johnni DeJulius. Clark won Midlands but didn’t wrestle at Rutgers this last Saturday. Clark didn’t appear to have an injury at Midlands and I think that he was just getting some rest versus Rutgers. I can’t find any matches between the two wrestlers and while Clark has had more significant wins in college DiJulius has a style that can disrupt some of his opponent’s styles. I think that Clark wins but if Laux wrestles I think that DiJulius gets bonus points.
141lbs #5 Josh Dziewa vs. #1 Logan Stieber. I think that there is a lot of separation between Stieber and Dziewa and Dziewa will spend most of the match just trying to maintain good position and blocking to avoid bonus points. If it gets to the 2nd and 3rd period will Dziewa take bottom position? I think that Stieber gets 6.
149lbs #11 Brandon Sorensen vs. Hunter Stieber or Randy Languis. I think that Stieber needs surgery and isn’t the same wrestler as Drake Houdashelt showed two weeks ago with a quick fall over Stieber. If Stieber wrestles I think that he wrestles a smarter positioned match knowing his limitations and hold the loss to a regular decision. If Languis wrestles Sorensen is getting bonus points.
157lbs Mike Kelly vs. #6 Josh Demas. Kelly just beat RU’s returning AA Anthony Perrotti so it should be a closer match than rankings indicate. Demas has had conditioning issues in the past. I haven’t seen him this year so I’m not sure if they still persist. I’ll take Demas winning this match on his feet with some nice takedowns.
165lbs #5 Nick Moore vs Justin Kresevic or Bo Jordan. I really hope that Jordan is healthy enough to go here. It would be a very good match up for both wrestlers. I think that a healthy Jordan gets a very close win. Versus Kresevic I think that Moore gets at least a major decision.
174lbs #3 Mike Evans vs. #11 Mark Martin. Should be another really good match. If Martin’s cardio and mental approach is good his neutral offense would push Evans a little bit. Martin has had a habit of underperforming in big spots, so I’m taking Evans.
184lbs #7 Sammy Brooks vs. #13 Kenny Courts. The possibility of another good matchup here. As I’ve mentioned before some OSU wrestlers don’t have the gas tank for a hard 7-minute match, Courts is one of those wrestlers. If Courts brings his cardio he might give Brooks all that he can handle from neutral. Brooks has the edge but if Courts brings an aggressive style with the cardio to go with that approach I smell an upset here.
197lbs Kris Klapprodt or Nathan Burak vs. #7 Kyle Snyder. I don’t think that Brands is pulling Burak’s shirt. Either way Snyder wins this match, bonus points vs. Klapprodt.
285lbs #4 Bobby Telford vs. #11 Nick Tavanello. While both are ranked, I think that there is a big separation between them. Telford wins by a major.
Iowa wins, I hope it’s fun to watch.