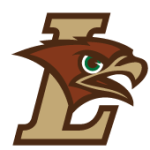 This is Lehigh’s best chance to get a win against Cornell in years. There are a few very pivotal match ups: 133, 157, 165, 184, 197 and 285 and bonus points will likely play a factor. Cornell’s team has just gotten back 2 key pieces but they aren’t in top form yet and they have bigger holes at a couple weights than in past seasons and they just haven’ t settled into a dominant run this season. I’m taking Lehigh to win 6 matches and upsetting Cornell.

125 #3 Nahshon Garrett ? vs. Scott Parker-Does Garrett make the weight? If he does this is a good measuring stick to see what Parker is capable of in March and to see what’s up with Garrett. Edge Cornell.

133 #19 Mark Grey vs. #9 Mason Beckman-I don’t know how many times these guys have wrestled each other but it’s a lot. Can Beckman open it? Living on the last second score to win won’t work well in March. Grey just came down to the weight and we need a larger sample size to see if he can hold it and wrestle effectively. Edge Lehigh.

141 Ryan Dunphy vs. #20 Randy Cruz – Cruz started the season strong and has dipped a little bit. With that said, I think that the question here is does Cruz get bonus points. Lehigh needs them to keep the match close. Edge Lehigh.

149 #7 Chris Villalonga vs. Drew Longo-Villalonga has been rounding into form. Longo isn’t at Villalonga’s level but if he can keep pushing the pace he might make it closer in the 3rd period. Longo needs to keep this to a regular decision. Edge Cornell.

157 #7 Brian Realbuto vs. #16 Mitch Minotti- Minotti is better than his current ranking. This should be a very good match. Realbuto is getting back into his AA form. I think that Minotti feeds off the packed Grace Hall crowd, scoring and upset.

165 #11 Dylan Palacio vs. Marshall Peppelman- Can Peppelman muster up something here against his old team? Palacio had a rough reentry into the line up in the beginning of January at the Southern Scuffle, losing to true freshman Chance Marsteller in the quarterfinals and then washing right out of the consolation bracket. He came back for a win against a good but unranked Mizzou wrestler. I think that if Peppelman pushes the pace but doesn’t break position he’s got a reasonable chance to define his 1 year stint as a Mountain Hawk. Edge Cornell but this could be the biggest upset of the match.

174 Craig Eifert or Jesse Shanaman vs. Santiago Martinez- This seems to be an unsettled weight class for Cornell. Martinez like Peppleman has a chance to define his 1 year career at Lehigh in front of a sell out home match. Edge Cornell but can Martinez do something special?

184 #1 Gabe Dean vs. #3 Nathaniel Brown-This should be a showcase match up. EIWA’s 184 lbs weight class is loaded this year. This could be a preview of the EIWA finals. I think that Brown’s path to a victory is by being more aggressive than Dean. The trick with Dean is to get him on his heels without compromising your own position. If he can’t get Dean on his heels this is Dean’s match to lose. Otherwise if Dean gets the first takedown it’s going to be a very hard match for Brown to come from behind. Edge Cornell

197 #14 Jace Bennett vs. #11 Elliot Riddick-Riddick is the clear favorite but he needs to not take bad shots just to be active, especially on the edge of the mat. Capitalizing on some of the bad positions Riddick puts himself in is Bennett’s best chance to score. Edge LU. But the real question is can Riddick get bonus points. PSU’s 197er stuck Bennett at the Scuffle.

285 Jacob Aiken-Phillips vs. Doug Vollaro- Vollaro is the better wrestler but sometimes takes the wrong match tactics. Vollaro is also getting unfair fan pressure to open it up. The same could be said for Beckman, Peppelman and Martinez. Edge LU