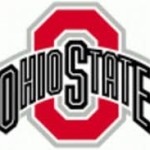 125 #7 Tomasello bonus points over Lizak, Bremer or Brancale. Tomasello could score more than a major. He will dominate whomever he faces. He’s dominant enough that a pin isn’t out of the question. This could easily be 6-0 but I’ll be cautious tOSU 4-0.

133 #1 C. Dardanes over #7 DiJulius tOSU 4-3. I think that Dardanes keeps his positions too well for DiJulius to score from his “Russian tie, 2 on 1”. I also think that DiJulius doesn’t keep position very well in neutral or on bottom and relies on his crazy shoulder flexibility to get out of some poor situations. Dardanes might be too powerful for this behavior. DiJulius will have to catch Dardanes off balance with his 2 on 1 if he wants to score. This move’s leverage can be very deceiving if a wrestler hasn’t felt it before. Dardanes will have scouted it and DiJulius might be left with no offense.

141 #1 L. Stieber over #4 N. Dardanes tOSU 7-3 Dardanes is a tough match up for Stieber and has beaten him as a freshman. That said, if Hunter weren’t in the lineup I wouldn’t put it past JRob to bump Dardanes up. He’s a big 141 pounder that has trouble making the weight and very possibly could get bonus points against Languis at 149. If it happens I think that Stieber wins by at least 5. If they bump Dardanes Logan gets 5 or 6. Does it pay off?

149 #7 H. Stieber over Short I can’t say bonus because Stieber hasn’t been sharp this season wrestling with his injury. If Languis goes instead of Stieber, I’d bounce Dardanes up to this weight for a win. I might even do it against Hunter. I’m going to project Stieber not going. Short can win against Languis but Dardanes might get more team points. tOSU 7-6

157 #1 Ness fall over #9 Demas I think that Ness catches Demas on a short or sloppy shot in the 3rd period with the David Taylor cradle counter. This could all happen with Demas winning. Minnesota 12-7

165 #6 Jordan tech fall with backs over Kingsley or regular decision over #16 Wanzek. Jordan has been very dominant against most non-ranked or barely ranked wrestlers. Judging by the way he looked at Rutgers, I’d tell Kingsley to block and tie up to kill time. Wanzek might open it up more but this could lead to him being caught and giving up more team points. Tied at 12.

174 #4 Storley regular decision over #13 Martin. I think that Storley creates separation but not enough for a major. The question with Martin is can he hang with Storley in the 3rd period to stop bonus points. Minnesota 15-12

184 #16 Courts over #12 Pfarr. Courts won a 7-2 match back in early December. I think that his speed and level change is a bad match-up for Pfarr’s score from slower tie style. That said if Pfarr keeps it close he can win the 3rd period and the match with his cardio. The home crowd fills Courts up for the win. Tied at 15.

285 #12 Tavanello over #14 Kroells. Coach Ryan wouldn’t give me a timetable for Tav coming back to the line up. If Gordon goes for tOSU Kroells gets the win but it will be close. Gordon will keep it very close until the end of the 3rd period with #11 Billy Smith last week. Tied at 18.
Criteria 3.15.2 Ness’s fall wins the dual meet. If Tav is out Minnesota wins 21-15

Mysteries, do both Dardanes and Stieber bros wrestle? All four have missed time recently. Odds are that the Dardanes brothers both wrestle but do they wrestle at 133 and 141? If he does wrestle does Hunter Stieber’s injury, which requires surgery to fix, allow him to wrestle effectively? Do holes in the line-ups cause either coach to bump his line up at some point? I’m guessing that bumping Nick Dardanes up to 149 gives him a much better shot at winning his match, especially if Hunter isn’t wrestling. Is Tavanello back in the line-up? Other story lines: Minnesota was embarrassed by Iowa last week. Coach JRob said his team “didn’t show up”. This is their first dual meet since that 23-12 loss. What is the team’s mindset and energy like after traveling to Columbus? Ohio State’s historic trouble has been closing matches out strong and this year “win the 3rd period” is their mantra. Last week Coach Ryan told True-Wrestling that they haven’t really started the intense process of peaking yet. How does that tOSU cardio affect the team score, Demas has lost tough matches this year in the 3rd and SV. Can Ness capitalize for bonus points in the 3rd period? I think so. Should be a great match.