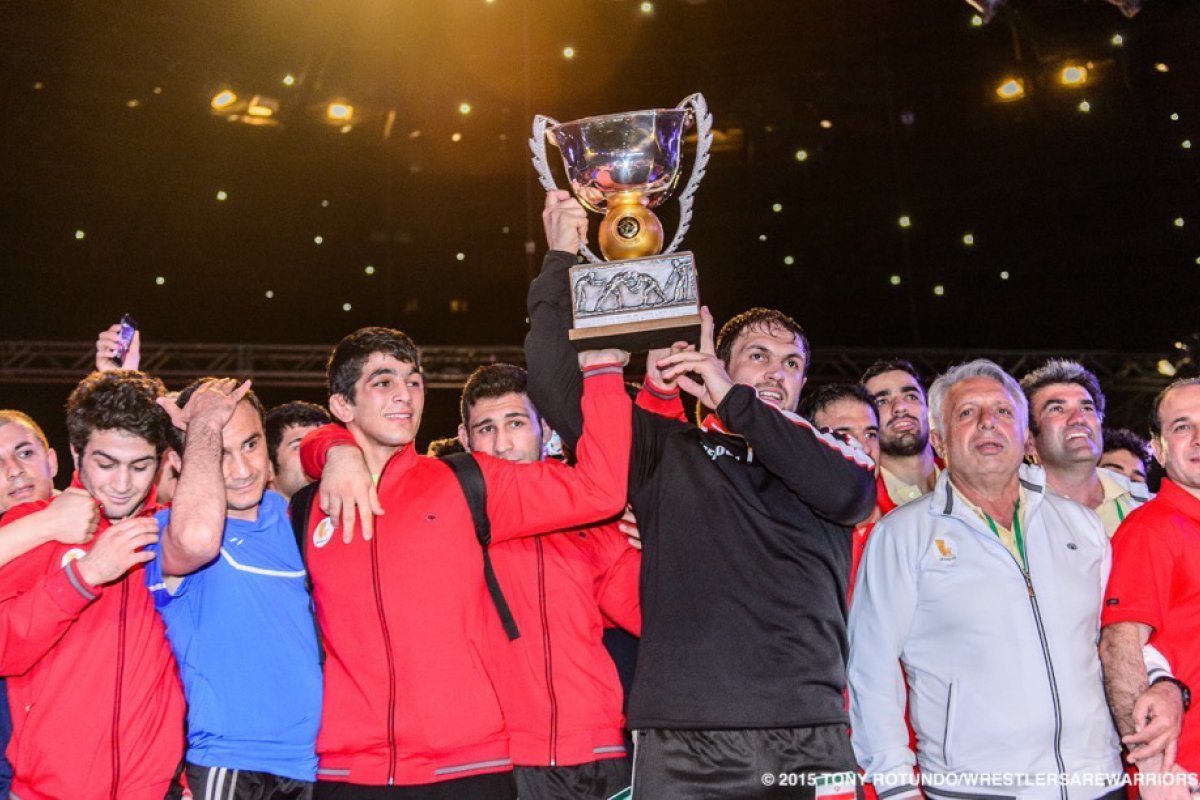 By Jason Bryant
April 13, 2015 – 04:34
LOS ANGELES (April 12) – Anywhere Iran wrestles, the horns, the chants and the singing follows. Whether it be at World Championships in Turkey or World Cups in Los Angeles, Iran is regarded as having some of the most engaged wrestling fans in the world.

On Sunday at the Forum in Los Angeles, the pattern would hold as hundreds of Iranian wrestling fans waved flags, blew horns and sang as Iran would defeat the United States 5-3 to win the championship at the United World Wrestling Freestyle World Cup.
more here