Thanks for all the emails telling me that things have changed with the projected Cornell lineup. I talked with Coach Koll this morning and things had changed since we last talked. The obvious reason for the change is this line up makes Cornell a a force for a national title. The other semi-external reason for the change will be evident some time this fall. I’d tell you right now but I could be wrong again. Stay turned…
The lineup should be a bit more settled after the Binghamton Open.
I’m not sure why coach Koll is such a controversial figure in wrestling, he’s built Cornell into a national powerhouse and he’s innovated the heck out of the program and Finger Lakes WC. The sport needs more coaches like Rob Koll. I’m always reminded of the phrase “if everyone likes you then you didn’t stand for anything” when I think of him. I didn’t agree with what I understood of his National dual proposal but I don’t agree with anyone 100% of the time, myself included. 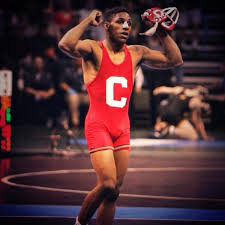