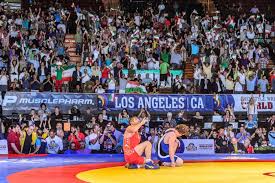 1. American wrestling fans are getting more information, knowledge, exposure and interest in International wrestling styles. United World Wrestling improved some of the rules, improved their website and coverage of events and have taken to social media to change their image and share information with American wrestling fans. Granted their website went down on the opening day of Worlds a few weeks ago. But the match streaming went off with out a hitch. You could also scroll back to see previous matches that you missed. What an improvement! Flo Wrestling has covered American wrestling obsessively – introducing Greco Roman wrestlers that weren’t household names to NCAA D1 fans and covering tons of regional high school events. There is plenty still wrong with International Wrestling- corruption, bracketing, the number of weight classes and wrestle backs are all problems that have a negative impact on the sport. However all the positive changes made this the most successful Worlds, not for Team USA but for the average fan’s awareness of the tournament, day by day results and getting caught up in admiration for the quality of wrestling in far flung countries. 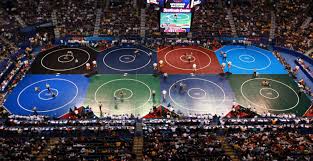 2. The NCAA tournament is one of the burliest tournaments in the world to win and deserves more respect. Neither Kyle Snyder (gold) nor James Green (bronze) won this years NCAA tournament yet were able to make their way very successfully though the Worlds? I prefer the multi day format of the NCAA’s with the legitimate wrestle backs versus the repechage format. I do respect the one day format and find that compelling for stamina but the extra rest for the NCAA championship format gives fans the chance to see slightly fresher wrestlers during the tournament. 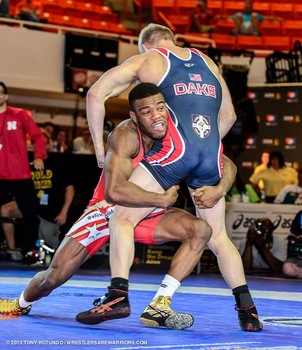 3. Jordan Burroughs has the biggest desire to win of anyone that I’ve seen recently. Athletes change over the course of their careers: opponents catch up with their techniques, injuries sideline them, new techniques leave them behind and the effects of father time can all play a role. A few years ago JB had the most explosive double leg that the world had ever seen. People have caught on and changed their positions when they face him. He’s also deceivingly strong but the Russians can train against other strong wrestlers. The only thing that they can’t prep for when training for Mr. Burroughs is his physical talent mixed with the size of his heart. He wasn’t the most athletic guy at his weight, he didn’t keep the best positions, he didn’t have the best gas tank, what he had was the strongest mental toughness and the desire to win no matter what happened during his matches. Don’t believe me? Watch the semi final match against the Russian. What a show of mental toughness. This appears to be the strength of Kyle Snyder too, time will tell if he can evolve like Mr. Burroughs has. 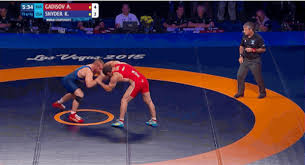 4. The World generally keeps better positions than the Americans. They are also better at capitalizing on bad positions. Watch Jordan Burroughs’ semi-final match. When he breaks position the Russian scores. This lack of positional discipline starts early in American wrestling. The best athletes in almost all American sports are allowed to not observe the basics or fundamentals. I’ve coached dozens of boys that have gone on to wrestle in college and the resistance to positional fundamentals has caused them all trouble at the next level. If you’re a youth-high school coach advocate position first. It’s very hard to loose a match if you hold good position throughout the match. It’s an uphill battle because most coaches are ignoring fundamentals and allow physically talented kids to do as they please. Physical talent shouldn’t be ignored but a lack of fundamentals will trip up even the most talented athlete.
5. Our technique isn’t as good on our feet as the rest of the world. You can make the case that our technique is for a slower paced tie up style of wrestling but things like angles, penetration steps and level changes seemed effective against Americans. You can lump these into fundamentals too. Also the ability to finish a single leg with the leg in the air isn’t a technique that is widely understood at the D1 level. Most of the trips used in college to finish with a leg in the air don’t work in the explosive international style. They are slow to be finished and can put the offensive wrestler into bad position that is very counterable. 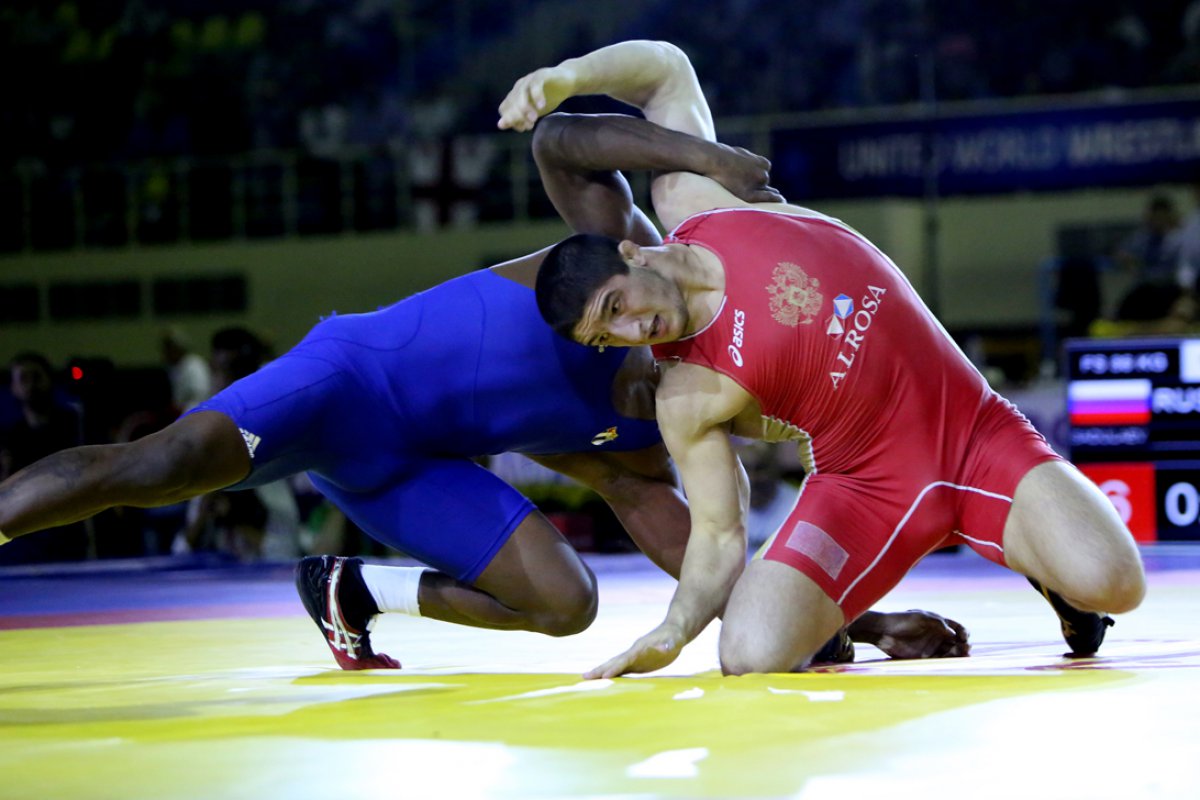 6. Our wrestlers look small in the core compared to their international foes. It doesn’t matter for strength freaks like Kyle Snyder or Jordan Burroughs but look how many of their shots were defended by a hip punch/check. Americans at all levels generally wrestle with their hips back and unused. We’re not comfortable bringing hips forward into the game and using them for defense to shots or offensive throws. This is a very important element that wrestling Greco Roman style can help with. Watch any Russian from worlds and I guarantee that you’ll see a strong core hip check defend them from an opponents shot. This lack of attention to the core starts early. Most high schools use some form of power lifting as weight training. Historically this comes from following the football strength and conditioning model. If you’re a coach or parent get your kids into kettlebells and gymnastics tumbling and away from the power lifting model. Even cross fit can be better than power lifting although it does have a high injury rate as the participants get older.
7. There didn’t appear to be a home team advantage for Americans. I’ll post more about our medal count and trend in a future article. Iranian fans travel well and make themselves heard. USA chants were common but didn’t appear to elevate the majority of our team.
8. Lots of curious results happened at Worlds. I’ll use Reineris Salas Perez (Cuba) as an example. In most pre tournament projections the two time World silver medalist was an odds on finalist. Well, he dropped his first match to a foe from Venezuela that he had beaten before. What happened? I didn’t see anything during the match like the Metcalf match that would make me wonder if Salas Perez was injured but throwing a match or sport is one of the oldest ways to make money in the world. Americans aren’t used to this though because of the blinders they put on their eyes and ears but there is overwhelming evidence that American basketball is fixed, as is European soccer. Why would you think that someone wouldn’t throw a match if they could make more money losing than winning? I have no specific proof of fixing other than the other sports that are documented and the history of some of the performers. One way to prevent throwing and encourage best efforts is the reward many countries give their winners.
9. Russia seems to benefit from questionable calls more than any other country that I witnessed in the last 35 years. America has had some crazy discrimination against their wrestlers; see Kerry McCoy and Cary Kolat.
10. Winners attack. Winners are aggressive.