30 for 30 “The Prince of Pennsylvania” A review & Strong Opinion 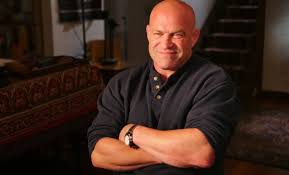 For anyone who knows wrestling one of the most striking things about “Foxcatcher” the movie is how little of the truth they show. The ESPN 30 for 30 documentary put together a more comprehensive story than the one dimensional “Foxcatcher”. I’m no fan of ESPN (full disclosure), like most men my age (around 50) its overexposure, blatant pandering and politicization of sports ruined it for me. Turning sports into the Kardashians belittles its original intent but occasionally they present an honest and unfettered view of the real side of sports. This 30 for 30 is an example of that. Anyway, back to the review.
When I first saw “Foxcatcher” I thought it was ok but there was so much missing – much of which I couldn’t quite put my finger on at the time. Having seen this documentary, it finally puts the pieces into place and shows the history for us to see the real deal. For those that are my age and were wrestling at that level (especially in PA) knew that as odd as the situation was on the DuPont estate (word had gotten out) many found it to be a better option than what USA Wrestling was doing for them in their pursuit of world and Olympic medals.

Yes, DuPont was nuts – just add him to the list of billionaire crazies. But the real story here is how much was endured, brushed aside or tolerated in the wrestlers’ pursuit of greatness. DuPont’s support heavily influenced the heyday of American Freestyle wrestling – quite a seductive and alluring option for the wrestling stars of the day. Can you blame them? Maybe, but never before had there been someone willing to financially support the effort without the red tape and stifling bureaucracy of USA wrestling. In fact, as a result of this debacle USA Wrestling took stock and changed many of it’s own requirements, rules and way of doing business with athletes. Did they see themselves as culpable? If they had given the support needed to achieve what Foxcatcher did, would it have ended this way? I’m not a fan of politics and sports mixing but any National Sports Bureaucracy (International is even worse) is inherently misguided, distracted and focused on it’s own internal power struggles and divergent interests. If USA Wrestling was doing its job Foxcatcher wouldn’t have come into existence. If FILA was doing its job Wrestling wouldn’t be on the chopping block at the Olympic level. One visionary leader easily trumps a democratic power struggle in the pursuit of excellence. Look at the elite of college wrestling and you find visionary coaches doing amazing things with the support of an Athletic Dept. It’s not the Athletic Dept that leads teams to success. It’s the coaching staff. Much food for thought here as we consider the future of Olympic wrestling and USA Wrestling.
If you haven’t seen it, it’s a must see.