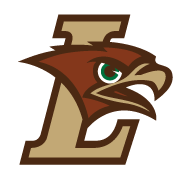 Kicking off a big sports weekend for Lehigh University, the #10 ranked Lehigh wrestling team defeated a game but young and overmatched Pittsburgh Panthers team at sold out Grace Hall in Bethlehem, Pa. 27 – 7.
Lehigh’s Darian Cruz started the match off for Lehigh with a major decision over Pitt’s very tall and capable freshman LJ Bentley 14-5. Watching Cruz on his feet is a thing of beauty and he was dominant throughout all 3 periods…”cruz-ing” to an easy victory.

At 133 Jon Mele, a late substitute for the injured Mason Beckman was majored by Pitt’s Dom Forys, 21-10. Mele tired as the match progressed and was repetitivly caught breaking position and eventually overwhelmed by the aggressive Pitt attack.

In one of the featured matches of the evening, long time Lehigh Valley “best friends” Mikey Racciato and Randy Cruz squared off for the first time in college but probably overall the 100th time. Racciato with the benefit of an early TD won this battle 3-2 but not before two “almost” TD’s by Cruz. Both wrestlers can best be described as “masters of the funk”. Racciatio post match interview.

That would be all for the Panthers as Lehigh proceeded to run the rest of the table beginning with Laike Gardner’s hard fought 7-5 decision over Robert (no E) Lee. Easton’s Mitch Minotti looked good dispatching senior Ronnie Garbinsky 8-2 in workmanlike fashion. Minotti continues to evolve as a wrestler. Can he stay injury free this season? Minotti post match interview here.

Lehigh’s future and current star Ryan Preisch decisioned Pitt’s Cody Wiercioch 4-3 in a hard fought match. Wiercicoch, a 3 x PA AAA state champ was overwhelmed late in the bout by the relentless Lehigh grappler who has future greatness written all over him. Tough in all 3 positions, Lehigh coach Pat Santoro has done an outstanding job polishing this under-recruited gem.

In a nice rebound performance, Elliot Riddick handled Te’Shan Campbell 5-2 with a TD in the first two seconds of the bout and dominated from his feet throughout the match. Elliott suffered two tough defeats the previous weekend against the Big 10’s Minnesota and Nebraska so this win was particularly sweet.

Nate Brown at 184 was not kind to Pitt’s young Zach Bruce winning a technical fall 24-9. Nate did what he wanted, when he wanted and it was essentially a merciful ending when referee Gary Kessell called a halt to the match at 5:15.

Lehigh’s rugged John Bolich handled the always tough Nick Bonaccorsi 6-0 using a second period bow and arrow to rack up 4 near fall points to a dominant win. Pack your lunch when wrestling Mr. Bolich who is rapidly moving up the ranks at 197. Bolich post Match interview.
Lehigh’s Max Wessel decisioned 19th ranked Ryan Solomon 3-2 in what was considered a mild upset. Lehigh fans are thoroughly enjoying watched this weight as Max is one of the more aggressive big men to ever wear the brown and white singlet. Expect the name Wessel to show up in national rankings very soon.

Next up on Sunday, Lehigh hosts the fighting Scots from Edinboro University at 1 p.m. in Grace Hall. Pitt will be at the Keystone Classic hosted by U Penn Sunday.