The Penn State wresting team ranked #1 in all the polls bused into Lawrenceville, New Jersey last night to take on a tough and talented Rider team. Even with Coach Cael Sanderson, Cunningham and Molinaro in Las Vegas Penn State rolled though the dual winning 38-4 under the watchful eye of coach Cody Sanderson. A packed Alumni Gym of 1800 got to enjoy some quality wrestling. 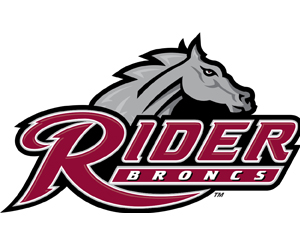 The bright side for Rider is that they scored 4 team points slightly higher than their average over the last 3 seasons/meetings. Both of these teams are known for their hard wrestling style but the Penn State team was just more confident and aggressive in most matches. The Penn state confidence turned into swagger as many of the PSU wrestlers were eye balling their opponents in the center circle as we all waited for TV time outs between all the matches. Even bulked up 174lbs Caleb Livingston was staring down Rider heavyweight Mauro Correnti prior to their match. It didn’t work out for Livingston as 285 was the lone win for the Broncs. The anticipated match ups were worth the price of admission. The two most dynamic moves of the night belonged to the Penn State wrestlers at 165 and 174. Corey Rasheed threw a counter headlock that ended his close match with highly ranked Conner Brennan. Also Bo Nickal, maybe my favorite college wrestler (which is incredibly hard to say for a PA homer), pinned Wayne Stinson on a slick mat return. The Nolf v Walsh match was full of activity culminating in an aggressive flurry by Nolf creating serious separation between the two. It was pretty exciting to see, unless you were Walsh. One thing is clear about the Penn State team, even while juggling their lineup at 141,165 & 285 they are a juggernaut and clearly have the deepest team in the country. Kids are turning down full rides from other schools and going to PSU on what I’m guessing are very partial scholarships. So enjoy it now while it’s in full swing because I’m still left wondering how long the Penn State coaching staff will stay the same?

Both teams have some time off before heading to the Southern Scuffle or Midlands. 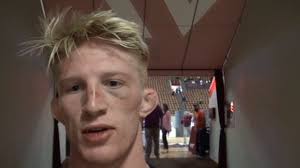