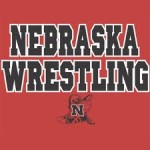 A packed house of more than 6500 wrestling fans got to see their team steamroll through a tough and talented Nebraska team. The three weight classes that have been unsettled for Penn State all season (141, 165 and 285) were the only bright spots for Nebraska. You can hear the passionate fan base throughout the video highlights. Some thoughts:

Megaludis. Just. Wins. It’s not flashy like some of his teammates but he’s always ready. That’s a skill any youth wrestler should emulate. Conaway had a solid match however there wasn’t much separation, I know teams train to peak in March but this weight class will be a nail bitter during NCAA Championships. Montoya’s length makes for so many angles that he’s always a threat to score. Abidin didn’t use his speed advantage as I though he might. I don’t get to watch every Penn State match but it appears that Kade Moss is a bit slower than previous years. I know the double kneepads are smaller than his freshman season. Cael didn’t address what future plans are at 141 but they are going to need more here come March. Zain is a hammer. He wrestles like a predator. At the end of his match with a very game Sueflohn he sent a physical message they may or may not be in Sueflohn’s subconscious during B1G’s. Sueflohn had a tighter match with Sorenson last month. Not sure what that means? Nolf is relentless. Berger talked about game planning for Nolf. He kept Nolf in check with a head, jaw pinch/squeeze for much of the first period but Nolf wouldn’t be denied. He also seemed more precise with his attacks. Looking at Nolf the average fan might notice a kind of nondescript body but looking closer you see where his power comes from, the hips of a 65/74lber. He must be a physical freak like Kyle Snyder or Burroughs but I think that it’s the hips. They give him the force of a much bigger wrestler during his attacks. The long unfigured weight class AKA 165 is ongoing. Cael said that he wasn’t sure how they would go forward but go forward they will. Morelli isn’t as explosive as Rasheed but may have more consistency? Nickal looked a little lost to finish below the waist. I’m guessing that his future competition will force him to attack their legs. Sounds crazy right? I’ve seen him finish there a lot in the past. I think that his confidence will be tested during this process. Barnes had the right game plan to lose kind of close; will this approach get him to the podium in March? At 184 neither guy wrestled mistake free and with tweaks in technique I could see either one separating come the end of the season. The one thing that McCutcheon had in his favor was that he kept attacking later in the match. That is the recipe to beat Dudley who’s gonna need to get to his attacks to improve on last year’s performance. At 197 Sudebaker had the right game plan to try and steal a close match with a higher ranked opponent. McIntosh will need to be more aggressive to keep the #1 ranking, Not sure what to write about 285? I couldn’t get my hands on weigh-in sheets but the eyeball test had Phipps at least 50lbs less than Jensen. Based on Cael’s post match comments, I’ll speculate that there is no way Nevills comes back this year. Cassar is burning a year of eligibly betting that he’ll be ready to go at the B1G’s. Why else would he be using his eligibility? Is this an injection of points desperately needed in March? In an arms race started by Ohio State pulling Kyle Snyder’s Olympic Redshirt for March points both schools seem to be all in on this years title. What happens next? If Gulibon isn’t right could they pull Dinmore out of his shirt year? How does the coaching staff resolve 165? I’m guessing Rasheed?