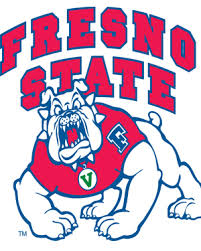 As my twitter followers know, Fresno State made it official today by naming Oregon State assistant coach Troy Steiner as their head coach as the school begins reconstituting its wrestling program. It was widely speculated that Steiner would be named coach starting last week as some grapevine started leaking out about the job not being as attractive to bigger names as once thought. Steiner has coached with Jim Zalesky since 2006. Steiner was a 4x time NCAA All American and a one time National Champion at Iowa.
A search will begin for two assistants in July, the new fiscal year for the school. The school looks to phase in funding, starting with 4.4 scholarships. In-state tuition is relatively inexpensive so I see them working around this rather easily? They still aren’t sure which conference they will compete in but I’d say that the Big 12 has the advantage right now. They are growing wrestling schools and the PAC 12 doesn’t seem to care at all about the sport. Fresno will build out a team locker room and get mats before welcoming wresting on to the team. Fresno looks to start competing as a team 2017-18.
With so many native Californians or coaches with a strong California connection I’m a little puzzled by this move. There was a lot of excitement about Fresno building this program again. Everyone I know from the area seems a bit surprised by the university’s hire, me too. Time will tell but this isn’t a west coast game changer the way Zeke Jones to ASU was. So Fresno State seems to be saying that we’ve brought wrestling back but we’re going to build slowly with an out of state coach. I hope to have an interview with coach Steiner in the next couple of weeks.