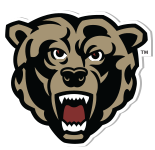 I first met Dan Hinkel when I was 12 years old, almost 40 years ago. He and his family taught me how to wrestle and in the process I learned so much more than wrestling. Hinks coached and taught at Kutztown University for 55 years. He influenced countless young men though his coaching during his time at the University and while coaching high school wrestling at Montoursville and Jersey Shore. He is a member of several Hall of Fames, including Pennsylvania Chapter of the National Wrestling Hall of Fame. Dan Hinkel was more than a school coach he was a private coach for many boys in Dist 3 and 11, opening the mat room to anyone that would show up. He essentially ran a club out of the KU wrestling room long before there were clubs and didn’t charge a penny for his countless hours spent there working with any and all wrestlers that showed up. I’d wrestle boys from all over the Lehigh Valley and beyond 4 days a week for several years of my young life. The days that I was the only one to show up may have been the worst. He’d tell me to shadow drill 200 Russian single leg shots and leave the room. They he’d check on me sporadically to make sure I wasn’t short changing myself. The first time he caught me not giving 100% he told me that I should just leave if that was how I was going to practice. I’m not sure I had ever seen anyone give or ask for 100% before; giving your best wasn’t of much importance in my home. I decided to step it up and stay and it changed my life for the better.
Dan and his wife Lois let me sleep in their basement the night before tournaments. Their son Dan would drive me all over tarnation to compete with the skills that the Hinkel family taught me every weekend from March until late August from the time I was 12 until I was able to drive myself. Most times there would be a Hinkel basement full of boys crowding into a Hinkle car each weekend going to wrestle and make memories that would last us all for the rest of our lives.
Mr. Hinkel wasn’t just a coach he was also a patron of wrestling from the financial side. I know that he covertly funded the local high school program. I know that it might sound laughable today but Kutztown Area Schools were pretty good at wrestling back in the day. The large majority of that success goes to Hinkel who did whatever he could to help the program and the coach that had never wrestled. Even in the lean years he kept the funding so the school never cut the program.
Hinkel didn’t grow up a wrestler; he was a boxer and a good one. He told me that he changed over to wrestling because it was a better sport that rewarded skill more accurately than boxing did. It didn’t matter if it was Folk, Free or Greco Hinkel could coach it. He loved wrestling and the young men that were wrestlers.
He was also a referee for more than 40 years. It was always a little funny to see your coach out on the mat as a ref at a summer freestyle tournament. Believe me the fix wasn’t in, if he coached you he expected more from you. He hit me with more cautions than all other refs combined.
Dan – we that you influenced will miss you but we will always carry the lessons that you taught us forward. You’ll never be forgotten.

The Viewing is Wednesday at Edward J. Hildenbrand Funeral Home 5-8
Church Service is 2 PM Thursday across the street.