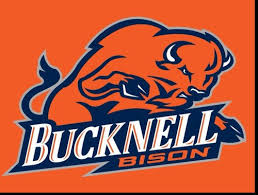 Bucknell finished a program best 3rd at EIWA’s last season but a lot of talent has graduated. Bucknell comes into town with a very young team, 4 true freshmen in the starting lineup. Lehigh comes in to match with not only the deepest team in recent memory but with some injury and red shirting issues obscuring the lineup. The best part of this match up for PA wrestling fans is all the local talent that will be on display. Most of the wrestlers are familiar to fans and that’s such a good thing to be able to follow a wrestler’s career up close.
125: Darian Cruz (LU) vs. Jordan Gessner TFr. (B). Cruz will be too much for Gessner, especially from neutral. Darian can be really aggressive and dominant but he can also get so cautious that he doesn’t score. The key for Cruz this season is aggressiveness.
133: Scotty Parker (LU) vs. Joey Gould TFr. (B) PA State Champ. This will be a good test to see how much Parker has grown. Gould is a high school stud but college is a different animal. Even very good guys need to relearn parts of the sport to improve. I’ll take Parker close. How much has Parker grown as a wrestler?
141: Randy Cruz (LU) vs. Tyler Smith (B) NQ. Cruz hasn’t been able to figure out how to create successful attacks from neutral against tough competition. That said, Cruz pinned Smith in the wrestle backs last March. Cruz wins. Will Smith take bottom?
149: Laike Gardner (LU) vs. Seth Hogue TFr. (B) 3x State place winner. I think that Gardner will be too much for Hogue.
157: Jordan Kutler (LU) vs. Victor Lopez (B) NQ. Lopez took 4th at EIWA’s last season. I’m on record about Kutler. I think that he has a good chance to AA this season. To me it’s the margin of victory that will be interesting and telling. Kutler wins by bonus points.
165: Cole Walter (LU) vs. Logan Kerin (B) toss up but the home mat could give Walter the advantage.
174: Ryan Preisch (LU) vs. Chad Reese (B) Preisch will dominate but not sure he can get bonus points. Preisch is a guy that should take a big step forward this season.
184: (LU) vs. Garrett Hoffman TFr. (B) I think that Lehigh has the depth and talent to win here regardless of who they slot in
197: Ben Haas (LU) vs. Tom Sleigh (B) 2 x NQ. This could be a close match. Haas looks like a 97lber this year. Sleigh is moving up from wrestling 84 last season. I think that Haas has a tougher practice room so I’m taking him by regular decision.
285: Doug Vollaro (LU) vs. Tyler Greene (B) moving up from 97 last season. Vollaro has a nice explosive inside step single when he decides to uncork it. Can he provide some excitement during this match?
On paper there are several matches that could be close. If the Bison took 4 of those matches it would have to be a moral victory and something for the young squad to build on. Especially after the 36-3 loss to Okie State last week. That said if the Mountain Hawks shut Bucknell out, with the holes and youth in their lineup it would signify that their depth is not only real and the quality of the depth is vastly improving. This would be a good building block knowing that they will face several top teams this season. PSU, VT, Cornell and Michigan should be their toughest tests this season plus the bowl series opponent. A Rutgers rematch would be awesome?
Should be a fun match and season.