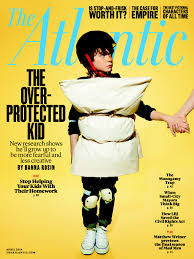 We are more than a generation into a terrible experiment: the over protection of kids. Boys in particular are under attack in popular culture, at all levels of education and by electronics. Boys in ever increasing numbers aren’t allowed to be their genetic selves. Since the beginning of time boys have been going outside doing physical play with friends far from the watchful eyes of their parents. Some geniuses thought that it would be better for boys to be contained and protected and to be raised more like girls back in the early 1970’s. This, followed by the self-esteem movement of the 80’s, helicopter parenting in the 90’s and egalitarianism in the early 2000’s has compounded the problem.

These epic failures of cultural Marxism have led to the majority of this generation’s boys being medicated into compliance. Not allowed to be physical and explore their world from an early age, they have become profoundly unhappy (whether medicated because of or as a result of) and usually fall into some type of fully absorbing electronic device. This has led this generation of child to have far fewer friends and social skills as they grow up. The genetic predisposition of boys to grow up and gain independence has encountered a major roadblock. Independence grows self-respect; self-respect creates a moral compass and is a building block for a satisfying life.

Sports, especially physical sports, have been the outlet for normal boys to get their energy out and learn life lessons to help them become better adults. Walk around a college campus or high school today and you’ll see kids that are less independent than every generation that came before them. Almost none of them have jobs to gain spending money. There are fewer driver’s licenses among high school and college kids, thus less independence from parent chauffeuring.
I’m around a lot of kids coaching and covering sports. It is clear to me that boys that do physical contact sports are miles ahead of the rest of their generation in life satisfaction and success. These kids are better with eye contact, communication, resilience, play, work and many other life skills. It’s no wonder that boys who play contact sports at top academic institutions are recruited more than anyone else for Fortune 500 jobs.

Parents of these children don’t lose the faith, even with the confusion, negative judgment and hostility that you may experience from miseducated parents that are raising one of the most depressed and miserably incompetent generations of all time. You are the new counter-culture and the protector of men and boys: don’t give up. You’re not alone, seek out others like you and hold the mantle up high.