I had a fun conversation with Richie Lewis earlier today.

The Rutgers wrestler is coming off the best Freestyle tournament of his career. He knocked off 3 All-Americans on his way to capturing the 70kg title at the U23 team trails. In his opening match he teched Grant Zamin 11-0. Then he dominated Lavion Mayes 10-1. He followed this up with a 10-3 win over #1 seed Anthony Collica. 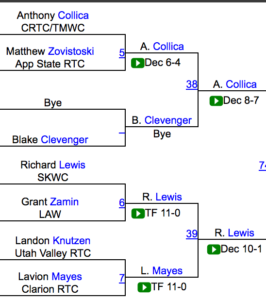 In the finals he won the first two matches in the best of three series in dominating form over Tyler Berger.