I’ve coached so many kids under the age of 14 over the last few years it’s hard to count. Most of this has been in the area of contact sports. There are a few things I need to get off my chest.
If you are putting your kid into football or wrestling without any physical training you’re setting them up for failure. What do I mean by this? You can’t just send them into contacts sport battle without any exposure to physical contact. 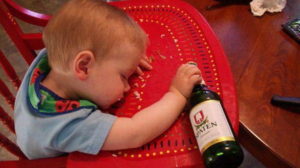 Here’s what happens without any prep during a football season: they spend 15 out of 18 weeks during the season adjusting to contact; getting physically and mentally strong enough to believe that they can fully participate. It’s hard for me to comprehend. These boys miss the bulk of the season and as soon as the season is over they choose to go back to a non-contact way of life. I get it – lots of you like basketball and flag football. Neither of these sports will help your son if he has an issue with strength, contact and confidence. In fact not only will these sports not help, they are a step backward. (I’m on record saying that basketball is a game for mental and physical wimps and of little multi dimensional value.) Compared to other sports very little can be done to dramatically improve if you don’t have the body type, whereas football, lacrosse, wrestling and hockey all have effective styles for most body types.
I can see putting your son in flag football for lots of reason. It is really fun and can help your son build confidence with some basic football knowledge and build speed. However, like basketball, contact is to be avoided, even penalized so it is a back step mentally and physically for most boys. Not to mention that youth flag football has an incredible high injury rate, higher than tackle football. Same for basketball. Basketball generally attract physically soft and mentally out of shape kids and accidental contact happens and causes problems. 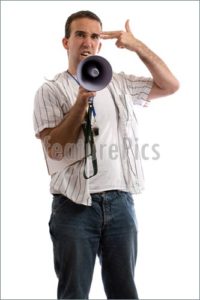 Back to my point: Parents get frustrated with their kids when they are afraid of contact due to mental and physical confidence. Is this the kids’ fault? Nope. Parents if your child wants to participate in contact sports it is your JOB to get them ready. It isn’t the coach’s job until the season starts. You’re putting your son in a bad spot being unprepared for contact. Your son will know that he’s behind the other boys or at least the best boys on the team, which makes them doubt themselves even more. I’ve seen so many youth wrestlers go to one practice and be done with the sport for ever. They were  not prepared for the physicality and were terrified. Go figure. Not the kids fault.

Here’s the solution:
Get your kid on a progression to be ready for contact. Physical conditioning is crucial: letting your son play football or wrestle without being able to do a walking lunge, push up or broad jump at least half of his height is setting him up for failure and parental frustration. Parental frustration puts doubt in the boy’s brain which leads to disbelief in their ability and makes getting better twice as hard and quitting four times as likely. Get on a strength and conditioning routine during the summer so that they can do all of the moves I mention above.
Contact Sports: Make them play more than one contact sport a year or most of that season will be wasted just getting their body and mind ready. If you son resists ask them what they want most versus right now. If it’s football or lacrosse have them wrestle in the winter. If they don’t want to wrestle, then try a martial art or do some ice hockey.

In my ancient day a boy that cried on the field was thought way less of by his peers, unless there was a serious injury. Watching my son’s youth lacrosse team during many games last year you’d have thought that there was a sniper in the crowd. I know it must be embarrassing to trip while running on grass but crying over it isn’t gonna help at all. Build resilience/grit.
When all is said and done, it’s up to you to help your son figure out what he really wants and then put him into a position to succeed. Even if you aren’t a player of sports or aren’t big on conditioning, sending them into the season from a dead stop is a recipe for injury or worse – failure. In particular for this generation, success must be nurtured. It’s not a given.