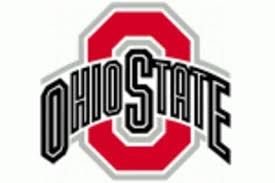 Did we just witness one of the best duals in recent times? Unequivocally, yes. I know this is Super Bowl weekend but that was definitely the super bowl of wrestling. Even though March is when it really counts. This dual gave fans everything, unless you are an Ohio State fan. More national champions than you could shake a stick at, two national champs facing off again and the deciding match coming down to a world and Olympic champ. Oh yeah, did I mention that the winning team was missing one of their best wrestlers? All the makings of an ancient Greek saga. There was some really good action and technique on display, momentum shifted, fans looking up criteria during the commercial break before the 285lb match and the unlikely come from behind win via a regular decision loss. Wow. I know that I’ll watch this again.

Last night a stacked Ohio State team took a first class bus ride into Happy Valley to take on a Penn State team with many questions still lingering about their line up. I didn’t see any national media pick the returning champs. To be honest “Smart” money was all on OSU. In retrospect maybe smart money isn’t always smart. Coming into this match I had PSU as the #1 tournament team in the country but a distinct underdog in this matchup. The Penn State staff has done something truly astonishing with their team. They have figured out a way to remove much of the mental pressure in big situations from their wrestlers. Pressure usually creates doubt and doubt isn’t a good road to travel on leading up to or during a match.

I talked with dozens of fans, coaches and wrestlers in the run up to this match. I read and listened to dozens of opinions from commentators. I didn’t hear anyone, including myself, pick the match the way that it unfolded. I thought PSU should pull Berge’s redshirt. He’s gonna be stuck behind Nolf or VJ next year, why not give him some match experience in case Nolf doesn’t make it back? I was wrong. Lots of people had elements of the story right. The deep theme is that PSU wrestlers step up to compete even when outmatched; and their opponents weren’t ready for it. Kuhn, Keener, Cassar and dare I say Nevills lead the way.

125lbs: #4 Nathan Tomasello OSU maj. dec. Carson Kuhn PSU, 21-12 / 0-4.
There were a few story lines here. Lots of people had NaTo as the odds on favorite to be a National Champion again this year. Kuhn showed that with his cardio he could make some noise at B1G’s and maybe nationals….
133lbs: #2 Luke Pletcher OSU over Corey Keener PSU, 5-4 / 0-7
Pletcher always wins close. Will this be a problem in March? If you can’t count on the #2 guy in the country to get bonus points over a ranked 20-30 wrestler then how many points can he give come March? I like Pletcher and his attacks (when he uses them) but this mindset might lead him down the Beckman/Heil mental road, which isn’t a good thing.
141: #11 Joey McKenna OSU over #6 Nick Lee PSU, 7-6 / 0-10
This match crushed the hopes of most Penn State fans and made the OSU fans feel confident. McKenna had a reasonable plan and it worked. If they meet at B1G’s I’d still call the match a toss up.
149: #1 Zain Retherford PSU tech fall #7 Ke-Shawn Hayes OSU, 20-4 (TF; 7:00) / 5-10. It looked like Hayes was gonna hold Retherford off , giving OSU fans hope until the end when Retherford would not be denied. No one saw it at the time but this extra team point made all the difference.
157: #5 Micah Jordan OSU tech fall Bo Pipher PSU, 24-9 (TF; 6:06) / 5-15. MJ went out there and did what he was supposed to do: get bonus points. Pipher was out matched. No way Jordan and OSU could foresee the difference in 1 team point TF and Fall. This again made all the difference.
165: #1 Vincenzo Joseph PSU maj. dec. #14 Te-Shan Campbell OSU, 12-3 / 9-15. If you follow my writing at all you know that I dig me some Vincenzo Joseph. From neutral he has elements of a Russian style that I l really like; loose upper body but powerful hips. Campbell came in with low expectations; he’s kind of been on a slide. The best OSU fan could have hoped for was a regular decision. He tried to throw VJ off his attacks but Joseph pushed through. The only thing VJ needs from my perspective is a stronger grip to help his top game be as good as his neutral game. Captains of Crush.
174: #2 Mark Hall PSU over #3 Bo Jordan OSU, 6-4 / 12-15. Is it me or do VJ and MH look about the same frame size. I know when I talked to Hall early last year he was upper 160’s. His core looks thicker but looking at him out there with BoJo, looks like they are different weight classes. I heard a lot of people picking against Hall during the run up to this match. Kind of surprises me. Betting against Hall is kind of a fool’s errand. Hall is better in all three positions and is the returning national champ, but doesn’t get the respect that he deserves. What kind of offense did Jordan generate? None. Can he create his own points against Hall? I don’t think so. OK, he lost an All Star match that isn’t supposed to count. Hall the returning national champ as the underdog. He’s not the grind them over for back points type that is Retherford. He pins people from neutral when they relax. Hall has won the last two meetings and I don’t see him losing to Jordan in the future. B1G’s might be close but I’ll take Hall from all 3 positions.

184: #1 Bo Nickal PSU maj. dec. #2 Myles Martin OSU, 10-2 / 16-15. Again lots of professional journalists were picking Martin. Martin is a really good wrestler but like BoJo I’m not sure how he can win without generating his own offense and points. He didn’t really commit to an attack when it mattered. Nickal pushing and getting bonus points was just another case of a Penn State guy fully committed to giving 100% effort to win their match and the dual. Nickal said it himself, he’s better in all 3 positions and as long as he knows that Martin is really only looking to counter he’s got a game plan to win.

197: Anthony Cassar PSU over No. 1 Kollin Moore OSU, 6-3 / 19-15. This was the match. If either team was going to win the dual they had to win this match. Wake up call: Penn State has 3 guys that could AA this year at this weight…log jam. Cassar has some nice attacks and angles that Moore hasn’t seen before.
285: #1 Kyle Snyder OSU over #6 Nick Nevills PSU, 15-10 / 19-18. Sure Snyder just came back from Russia, wrestling freestyle but Nevills didn’t just keep this a regular decision, he had attacks and counter attacks. He made this a match and by doing so won the dual for Penn State.

So to sum up: the Penn State coaching staff hits enough of the right levers that they are at a different level. So many Penn State wrestlers contribute that it’s impossible to pick who did the most for them to win. Penn State and wrestling: the ultimate team and individual sport. All season I have heard that PSU and OSU could be the best two teams at the same NCAA Championships ever. It is great to see the best two high school wrestling states have the best two college teams. Penn State just beat Ohio State without one of their best starters – let that sink in. Can’t wait for March.