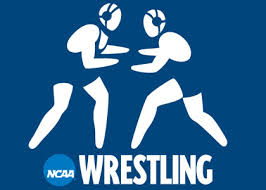 As usual PA is at the top of the heap for home state of NCAA qualifiers at. The number is up dramatically from last year 39 to 53. Even with the 26% increase I think that it will be hard for this group to put up the points that they did at last years NCAAs. I don’t have a record book on points scored by state but the 218 NCAA points put up by PA wrestlers has to be near the top of the historic list including the adjustments made to the scoring system that have been made over the last century. Ohio is also up from last year 23 to 30. The B1G championships were dominated by PSU & OSU like none in recent memory, the same can be said from these two states dominating at the NCAA Championships. In 3rd place: Illinois, up from 24 to 27. To give you an idea of Pennsylvania’s dominance they are nearly double the 2nd and 3rd states. The kicker is that combined, Ohio and Illinois have roughly 30,000 high school wrestlers, PA has less than 9,000. Talk about a concentration of talent. In fact, it might be an obstacle to youth participation levels in PA; it’s hard to go to a tournament as a mid level kid and not run into a hammer or three. Quite discouraging for a young wrestler, including my son sometimes.

Lots of states fluctuate over the years but Iowa which has about 2,500 less wrestlers a year than Pennsylvania over the last decade has dropped and is now kind of static in the 7-11 range. They are ahead of high their high school participation number but their quality hasn’t had the rebound that many in the state were hoping for after some changes were needed and made.

North Carolina has the 2nd most D1 programs but it hasn’t caught up in high school performance yet. They have almost as many high school wrestlers as PA but like California the quality and depth isn’t there yet. In fact NC is substantially below where their high school participation rate is. Want to wrestle in college? Look at a NC school, they are importing. Of course some states points are skewed because of one good or really good wrestler. Hello TX. This is the first year in the last several that there are two wrestlers from outside the USA, Canada and Finland. The wrestling power belt continues to goes from Ohio to Jersey with PA being the buckle. NY and Michigan extend the belt. Lastly the state associations are loose. I know that several of these guys didn’t learn, get really good or become D1 caliber wrestlers in the states they list on their bios. I’ve gone back and forth on the topic, from birth state to the state that made them. I’ve let go of making the adjustments that I thought were most accurate. I’ve placed state participation numbers for the last couple of seasons below if you want to cross-examine ratios and percentages. Qualifiers per capita is an ineffective metric. Why count millions of transplanted senior citizens against Florida. Lots of eastern cities don’t have much in the way of folkstyle wrestling. Qualifiers per high school participant is a more accurate measure of a states’ wrestling, why measure non wrestlers? Count surfers against surfers and wrestlers against wrestlers. I’ll try and crunch the numbers for qualifiers per high school participant after shoveling more snow. 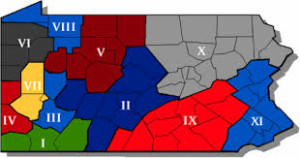