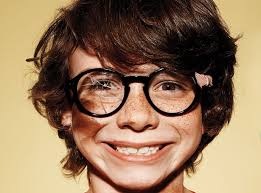 It makes sense that as life gets easier (less physical) the weaker our muscles become. Children become physically weaker from inactivity and a team of researchers who measured handgrip, arm-hangs and sit-ups found a dramatic decrease in fitness in the last generation of kids.

What most parents and coaches might not realize is just how fast the declines in our youth have happened. A British study comparing 300 10-year-old boys and girls in 2014 to their counterparts back in 1998 found a “20% decrease in muscle strength and a 30% decrease in muscle endurance in 10-year-olds over the 16-year period,” according to The Guardian. This is kind of insane. A close friend and Doctor of Osteopathy sees this beyond our youth. Grown-ups are suffering from infirmity at an alarming rate as well.

I can guarantee the first night of wrestling practice next Tuesday I’ll have several kids that struggle to do a sit up and forget about  push-ups and lunges.

Three big causes from my view are the lack of childhood chores and jobs and the other is the disappearance of unsupervised play. When a kid has to take out trash, rake the yard, clean rain gutters or mow the lawn not only are they learning valuable life skills they are building muscles. Not the kids a farmer might have but apparently much more than today. Lastly creen time, enough said.

[Researcher Gavin] Sandercock…added that the steep declines in the sit-up and arm-hang measurements might be, at least in part, due to children being less tolerant of discomfort.

When kids are playing on their own, they keep going for as long as possible, since it’s so fun.  Walking down a stream for hours, climbing trees, biking around the neighborhood or out of the house all day everyday all summer. Hello to building strength and stamina! Also, you’re playing by yourself or with friends (no parents around) and having a great time and when you hurt yourself, you get back up as fast as you can so you can play some more, learning to ignore minor discomfort in pursuit of major fun.

It is so hard to pick up a sport like wrestling without reasonable strength, endurance and ability ignore some discomfort.

So, if you want your kid to pick a sport like wrestling remember that they need some strength and endurance and experience with overcoming minor discomfort.  Stop hovering.  Let ‘em play.