Starting off an article by telling you that I’m a child of the enlightenment won’t win over any new readers, but if you’re a regular you won’t be surprised by my thought process. Let me explain. If you have a goal and a current assessment based on evidence, reason will generally give you the straightest line to the goal. Rational thought (based on evidence) applied in a problem-solving scenario is what helps athletes and people achieve their best. It is what separates the athletic careers of most athletes. I know I have plenty of blind spots too, but I am seeing a growing trend of athletes trying to ignore who they are in a stated pursuit of excellence.

I can think of good wrestlers that I know who have goals of placing or winning state championships yet they can’t actually do a push up? This is a glaring strength issue but has gone unaddressed for years. What has happened to the winner’s mindset in today’s culture? Since when can you win without putting in the work? And I don’t just mean ‘hard’ work, but ‘smart’ work. The same can be said for nutrition. How can you possibly avoid the facts and still eat junk before during and after matches? If you’re jamming some gummy worms, or even crushing a ‘rockstar’ or Gatorade, in your face in between matches, you’re really sticking your head in the sand. Trash for fuel means that you are less likely to achieve peak performance. For every state champ you seen crushing Mountain Dew matside there are hundreds of kids that doesn’t work for. 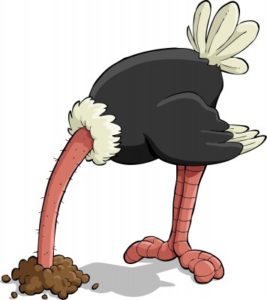 There is so much science and evidence making its way into strength, conditioning, mindset, nutrition and peaking that there aren’t any more excuses for being stuck in the 1950’s. If you’re not paying attention, then you’re not really serious about being your best. It’s like a kid saying that he wants to be a great football player and then is deathly afraid of contact (and believe me, I’ve seen them) or an aspiring Olympian believing that they don’t have to make sacrifices or get smart about where they put their energy.
If you’re in pursuit of a big goal, don’t blindly follow others who have not achieved those goals. No crowd has every led anyone to a championship. The road to success is never crowded, I promise. The herd isn’t going to think for you. And they certainly won’t be there when your path to the top peters out and you’re left standing there short of your goal. Feeling enlightened now? It’s normal for little kids to be unaware of not only the things they have to develop, but also the path to get there. Most of the advanced kids that I coach want to wrestle live the whole time. Lucky for them, I know what they actually need which is to build mindset, athleticism, strength, technique, strategy, situational IQ with customized positions based on body type etc. As we grow, we’re supposed to learn more and improve continuously and evolve and refine our point of view. Parents should take their role in this process seriously. Parenting is hard, parenting an athlete with big dreams is really hard. The easy roads never lead to the top. If we can teach our kids that lesson, it will serve them well throughout their lives. If we can aspire to help them to face, not avoid the tough decisions, it will open up more and more roads for them to choose from as they grow. Many of them leading to success and achievement beyond what they (and you) had hoped for. 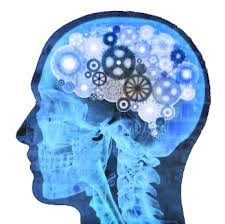 You encourage that which you accept and tolerate, and letting things slide just leads to more of the same. I know at least a few blue-chip recruits at top D1 schools that may flame out this year due to very simple things. Poor work ethic. low wrestling IQ, Ego. Lack of effort and discipline. This happens every year as talented kids that don’t work hard or smart get ‘ghosted’ and suddenly you never see them again. So, I beseech you. Enlighten yourself with your own history and ability and change the things that need changing. It’s time. And if you’re the parent, better late than never. Help shine some light into the areas they can’t see.