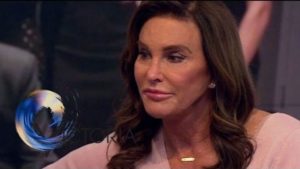 USA Powerlifting has banned all transgender women from competing as women, even as a trans powerlifter in Minnesota recently won a state championship with another association, setting a state record.
The weightlifting governing body explained their reasoning on their website:
Men naturally have a larger bone structure, higher bone density, stronger connective tissue and higher muscle density than women. These traits, even with reduced levels of testosterone do not go away. Males trying to become female athletes may be weaker and have less muscle than they once had, the biological advantages given them at birth still remain over that of a person born female. 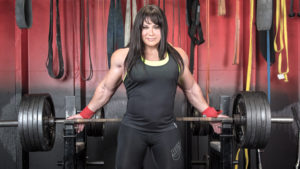 Recently tennis legend Martina Navratilova wrote that transgender athletes competing in women’s sports is “insane,” sparking outrage from trans advocates.
Congressional representative Ilhan Omar (D-MN) from Minnesota copied Minnesota Attorney General Keith Ellison on a letter she sent to USA Powerlifting. In which, she requested that Ellison investigate the powerlifting governing body for discrimination. Specifically, discrimination against biological males, by not allowing them to compete in women’s events. Omar believes USA Powerlifting is discriminating against males who identify as transgender women, based on the “myth” that they have a “direct competitive advantage” over biological females.
Omar wrote:
“I am writing to express my concern over a recent decision by USA powerlifting to bar participation by my constituent, Ms. JayCee Cooper, because she is transgender.
Under the Minnesota Human Rights Act, discrimination against anyone based on their gender identity is illegal. This includes in public accommodations, and in Minnesota, organizations such as USA Powerlifting. In fact, just last month a Minnesota jury awarded Ms. Christina Ginther $20,000 after the Independent Women’s Football League refused to allow her to participate because she is transgender.
I urge you to reconsider this discriminatory, unscientific policy and follow the example of the International Olympic Committee. The myth that trans women have a ‘direct competitive advantage’ is not supported by medical science, and it continues to stoke fear and violence against one of the most at-risk communities in the world.
While I do not have direct jurisdiction over this matter as a U.S. congresswoman, I’m sending this letter to Minnesota Attorney General Keith Ellison with a recommendation that he investigate this discriminatory behavior.”

Biological men are dominating women’s sports, and will soon be able to compete in women’s sporting events at the Olympics. Why are feminists silent?

When will something like this happen in wrestling? It already has. When will it become widespread? Speak up.

Any person that can think knows that men competing against women in a physical sport isn’t fair. It should come as no surprise, that the many website pushing this behavior have deleted their comments sections below their articles, in anticipation of public push back