There is a bunch of excitement in the media, college athletic ranks and certain political circles about the California law for college athletes to make money while in school. California student-athletes will have the rights to their own name, image and likeness, aka NIL rights, and the law will forbid universities from revoking or denying their scholarships or making rules barring players from profiting off their NIL rights. Sounds totally reasonable, right? But it isn’t going to be easy for an 18-year-old kid to monetize his popularity and they will be sitting ducks for “helpers”. The new industry that will pop up to help athletes will likely reap the greatest rewards. So after this step kind of fails can direct pay be far behind? 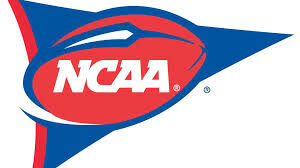 College football is the 2nd most popular sport in America based on money and viewership. This mass appeal makes it very profitable for the NCAA and many high-profile teams and conferences. The sport generates more than $11 billion in annual revenues. Fifty colleges report annual revenues that exceed $50 million. Five colleges report annual revenues that exceed $100 million. Head football coaches are the highest paid state employee in 40 states and the coaches at Bowl Championship Series schools received on average north of $2.5 million in salaries.

According to Business Insider the average D1 school makes $29.5 million from its football team. Big time programs like the Texas, Alabama, Tennessee and Penn State make well over that amount. The bulk of this revenue is generated by well-paid TV contracts, merchandise, and ticket sales. Big money tends to make headlines and with the unique business model that is college sports scrutiny has been growing. Business Insider has a “fair-market value” rank of teams and players well into six-figures. They come to this figure by dividing the school’s football revenue by the number of scholarships each team is allowed to have.
Something is overlooked by most reporters looking into college sports. Revenue for teams seems to be driven more by the school logo, alumni size and history, than the individual player. 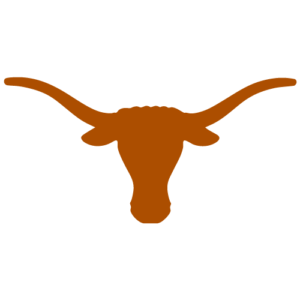 This might explain why Texas, who hasn’t won a national title in a decade, is more valuable than Alabama. You can see examples of this throughout their list. Penn State hasn’t really been Championship relevant in a long time but come in at #11 on the revenue list. They are a huge school, lots of grads and they have produced more NFL players than every other NCAA team minus 4. They also had the New York Times writing favorably about their team for a couple of decades. The long-term success of the school was able to withstand one of the biggest sports scandals in history. It’s the emotional connection a fan has is to the school logo not the athletes that pass through that generates revenue. Who was the QB at your favorite school 6 years ago? Or 10 years ago? Most fans don’t remember this let alone the right tackle or safety.
I’m not taking away anything from Saquon Barkley or any induvial athlete but the brand loyalty by the fan is more about the insignia than all the athletes that pass through an institution. More anecdotal evidence is watching the fan base when a high-profile athlete transfers, they tend to either forget or turn their backs on them entirely. They never turn on their school. Finally, is the basic economics of the situation. Look at the capital investments the schools (tax payers) make to create a stage for these athletes to compete on.
I’ve written before but it’s worth repeating that most college football programs do not make money and the vast majority of college football programs do not make enough money to support their athletic departments. If it leads to schools being forced to pay athletes there will be some serious unintended consequences for football and the entire college athletic scene.
The best thing for sports would be the separation between government and schools. Most of the world thinks our system is financially crazy and not sustainable. Why should the vast majority of people that don’t play or watch a specific sport be forced to pay for it? People are so attached to their logos that this can’t happen unless economic hardships dictate a major change.

The NCAA and university athletic programs are simultaneously running three apparent scams; one taking advantage of the players, second giving unfair benefits to athletes and third getting the tax payers to fund the majority of it. While colleges haven’t perfected the graft and cronyism of the pros, where $32.2 billion in taxpayer money has been spent on stadiums. The majority of universities have to pull money from the students and taxpayers to subsidize their athletic programs.
So, what if I’m wrong and athletes do make millions that the university was formerly making. Good for them. How is that going to impact the athletic department budget? What sports are going to suffer? If football revenue goes down where will the university get the money to support all the non-revenue generating sports?
Lastly, athletes expect a visit from the tax man. Government isn’t doing this for the benefit of student athletes. If that was a primary concern they’d do all manner of other things: like investigating the NCAA corruption. I’m sure that athletes’ income will be taxed at a higher rate than they are expecting and monetizing themselves will distract from their on field performance. The businesses capitalizing on them will take a big bite of their profit, leaving people not as fat and happy as they think. And last, today’s tax-free scholarships and benefits might end up looking better than you think especially in retrospect.
While I’m all for everybody earning their value, and love the idea, most of the entities involved will want to profit from this more than they want players to win. What a mess this is going to be for all involved.