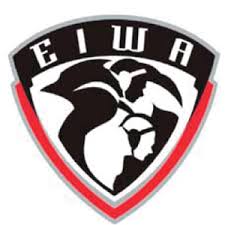 Villas, NJ, August 12 — The Eastern Intercollegiate Wrestling Association is a wrestling only association whose member schools are all affiliated with other conferences. As such, our member teams may be subject to restrictions imposed by their parent conferences and home states with respect to athletic practice and competition during the current Covid-19 pandemic. The […]

Lehigh faces two in state foes this week. Both teams are young and down from previous years. Lehigh has one of the toughest schedules in the country this season and is off to a bit of a mixed start against some of the less challenging competition they’ll face. If Lehigh wrestles well they could shut […]

It’s the typical quiet affair – no one is cheering against or for a teammate. Wrestlers sitting in the corners and coaches sitting in the stands with their families convey a casual atmosphere everywhere but on the mat. Just eye balling the crowd, the average age fan seems a bit younger than in previous years. […]

#16 Flo & Unranked Intermat Illinois vs. #18 Flo #12 Intermat Lehigh Illinois hasn’t wrestled the schedule that Lehigh has. Lehigh has a win over a very good Pitt team that has them higher ranked on Intermat. Depending on the service that you look at Illinois has 6 ranked wrestlers that are likely to compete […]

14 teams from across the country came to the Palestra yesterday for a great day of wrestling. B1G school Northwestern went home as the top team crowning 2 champions, returning national champion Jason Tsirtsis at 149 lbs and Alex Polizzi at 197 lbs. Rider University came in 2nd ahead of Eastern Michigan and Pittsburg. Rider […]

125 Dom Forys Fr. Vs Scott Parker Fr.-Parker was a better recruit coming out of high school but Forys just knocked off #19 Kory Mines dominantly (6-0). Parker lost a close match but not as close as the score to Jordan Conaway. I’ve got this as a toss up or Parker as a slight favorite. […]