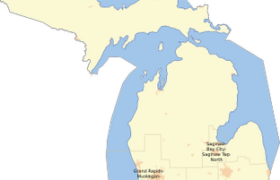 Ohio State insider Jeff Snook says, Gene Smith and several other Big Ten athletic directors are working behind the scenes to create a six-team, 10-game season. Apparently there is one governor reportedly standing in the way of all the others. Michigan Governor Gretchen Whitmer is being referred to as a “roadblock” for Iowa, Nebraska, Ohio […]